Eschewing the typical use of "interactivity" in technology, the artists gathered in Corpus Lucida focus instead on the act of seeing. Using optical illusions and embodied perception, the works in the exhibition do not respond to the viewer's presence or input but demand a highly self-conscious reflection on our own perception and its mediation by technology. The illusions created by the artworks are always transparent and highlight the technological mediation of perception by displaying the very mechanisms by which the illusions are produced. 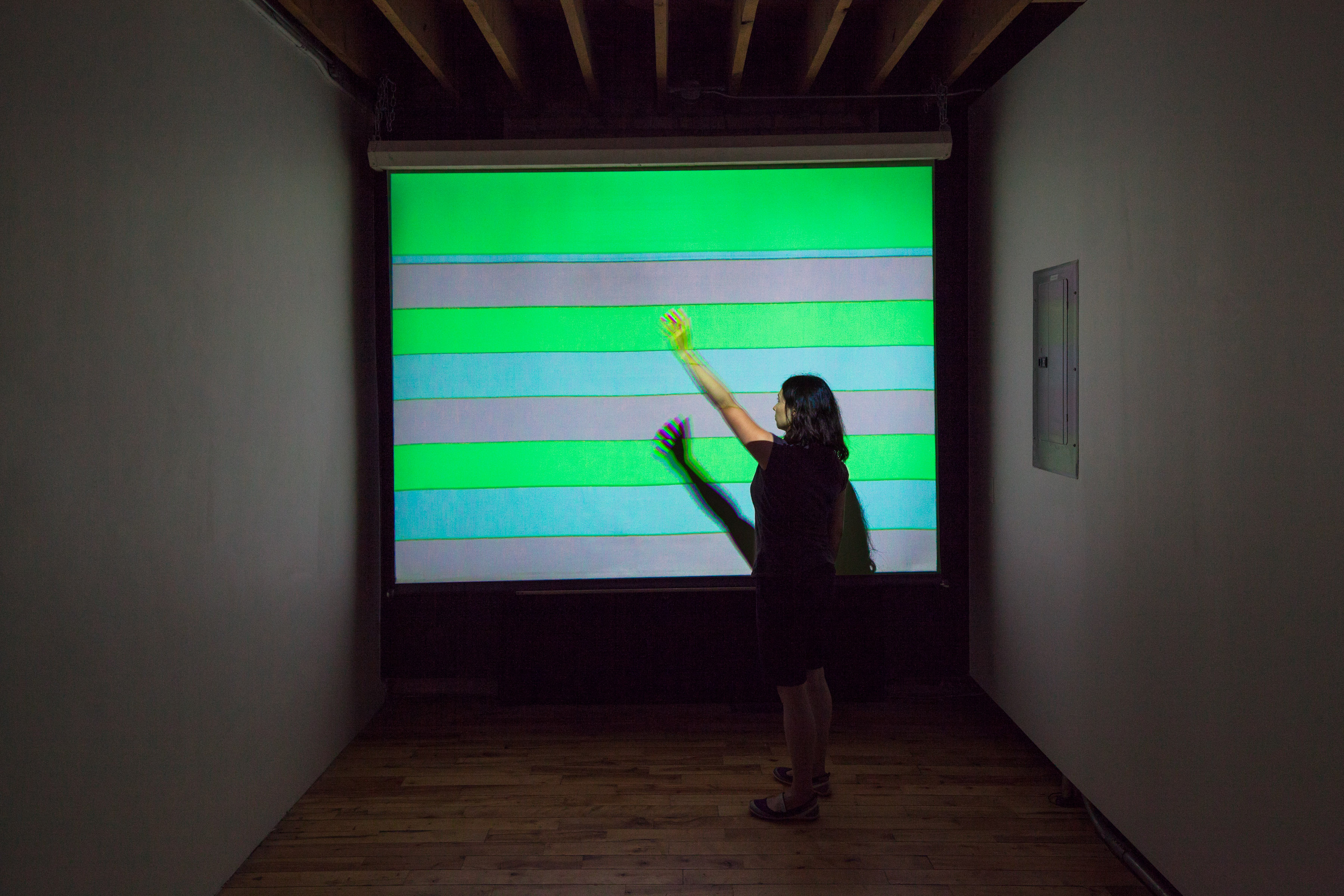 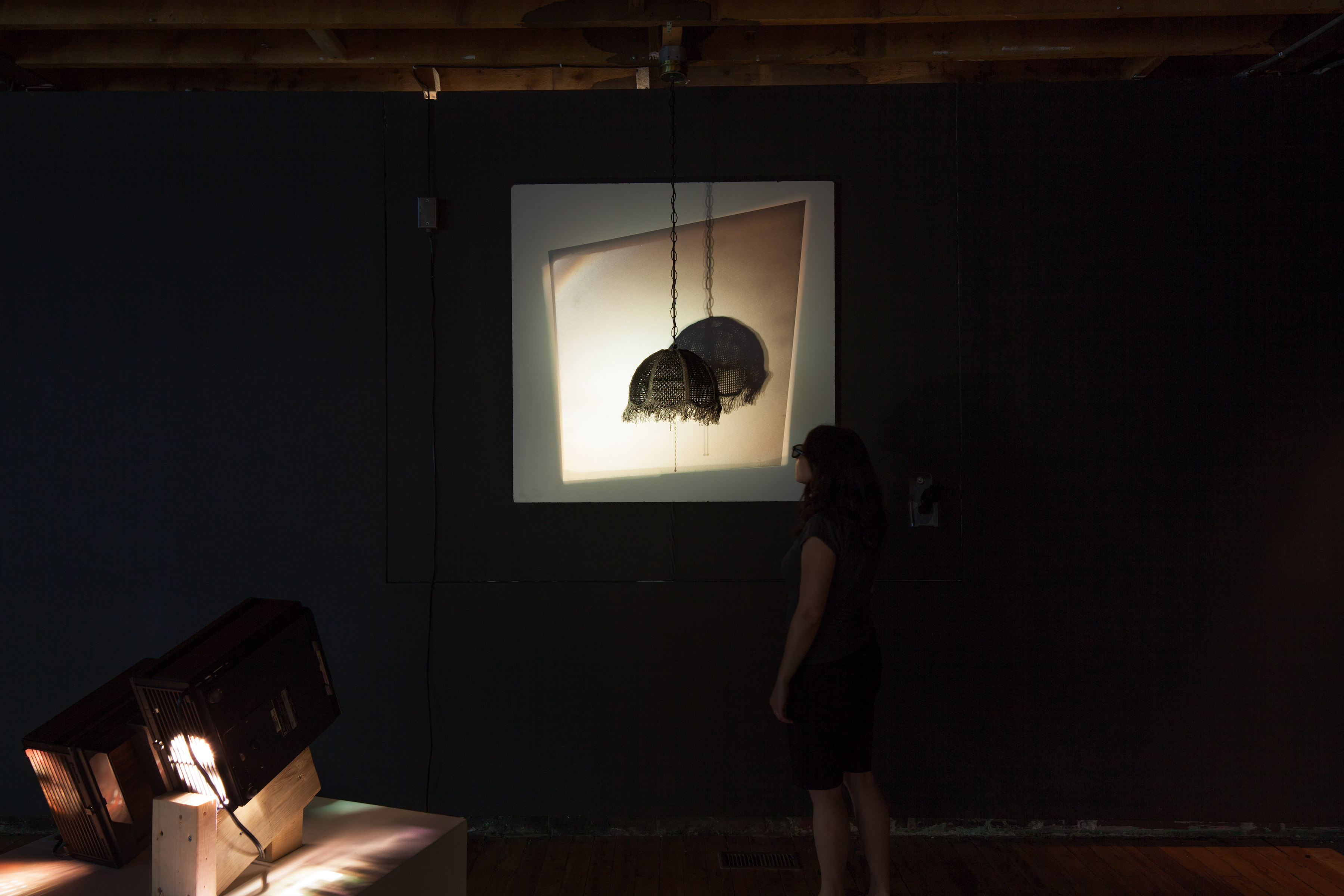 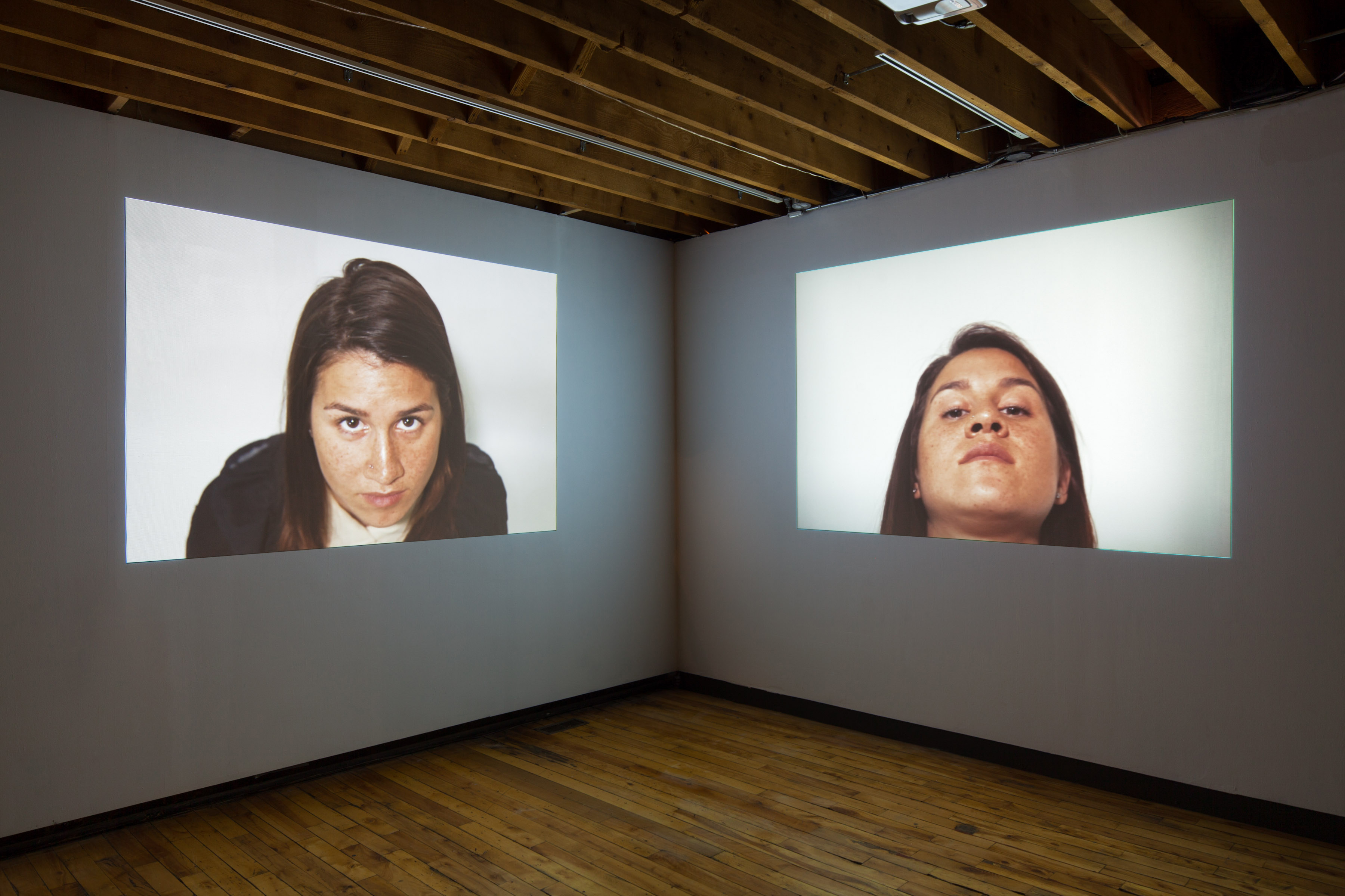 Xhensila Zemblaku's kinetic sculpture Daedalum (2012) recalls the zoetrope--an early pre-cinematic device that harnesses the persistence of vision to make animated illusions. Her mesmerizing depiction of a head doubling back on itself, animated by the zoetrope, illustrates a disconnect between the means of representation and our ability to perceive it. When viewed through 3D glasses, Omar Elkharadly's Allegory (2009, ongoing) paradoxically creates a three-dimensional shadow by illuminating a chandelier with two polarized light sources. Kyle Duffield's immersive installation Chromastrobe (2012) presents the viewer with a minimal but visceral experience of white light achieved through a barely perceptible and extremely rapid flashing of red, green, and blue light. Lanie Chalmers' two-channel video installation I Don't Owe You Anything (2012) uses two opposing close-ups of the artist's face, one from above and one from below, to create a visual tension between the viewer's presence in the space and cinematic form. Responding to temporal restraints and the physical limits of the body, Aamna Muzaffar's 24 Jogs (2012) is a series of sculptures designed on a smartphone 3D rendering app. Muzaffar used the app during the walking intervals specified by an 8-week running regime designed to build endurance and stamina.

The creative voices of the five emerging artists showcased here represent the interests, concerns and approaches currently being explored among a larger group of young artists. By returning to human perception and abandoning New Media's traditional reliance on interactivity, Corpus Lucida shies away from matters that are solely technological to instead address something universal to the visual arts through technological means.

The Annual Emerging Artist Exhibition at InterAccess provides an opportunity for young artists to gain valuable exhibition experience and for the general public to gain access to developing trends in New Media artistic production.