Film Path / Camera Path with under-titles collides the projected image with the apparatus of its presentation and the moving image with sculpture. The project started with the concept of a motion picture projection where the path of the film is the same as the camera path and is composed into a knot. A sculptural materialization of the film loop is made possible by complex multi-planer geometric modeling, parametric design, and additive manufacturing. The 35mm projector presents a one-minute long loop of a camera’s travel along the film path. Accompanying the projection is an LED text screen that displays under-titles prepared for the artwork by poets, theorists, and artists including: John Barlow, Ina Blom, Eric Cazdyn, Geoffrey Farmer, Agnieszka Gratza, Daniel Hambleton, Erín Moure, Bridget Moser, Judy Radul, Patricia Reed, Reza Negarestani, Mohammad Salemy, and Michael Snow.

Film Path / Camera Path with under-titles was produced with the support of the Canada Council for the Arts’ Media Initiatives Grant, and will tour to the Art Gallery of Greater Victoria following its presentation at InterAccess.

The work will be presented at InterAccess from March 6 – May 4, 2019, with an opening reception on March 6 from 7pm-9pm. Read more about upcoming events related to the exhibition below. 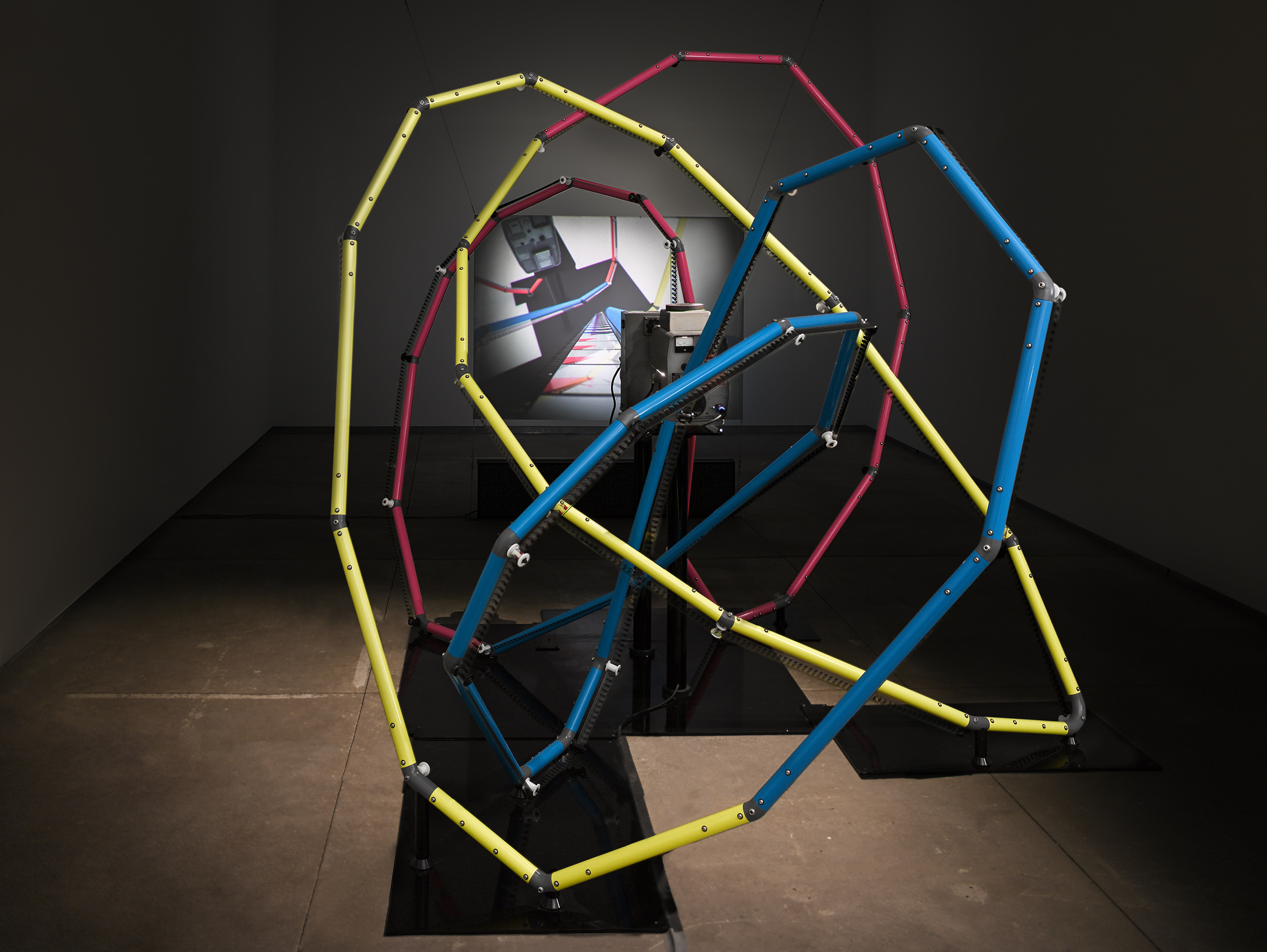 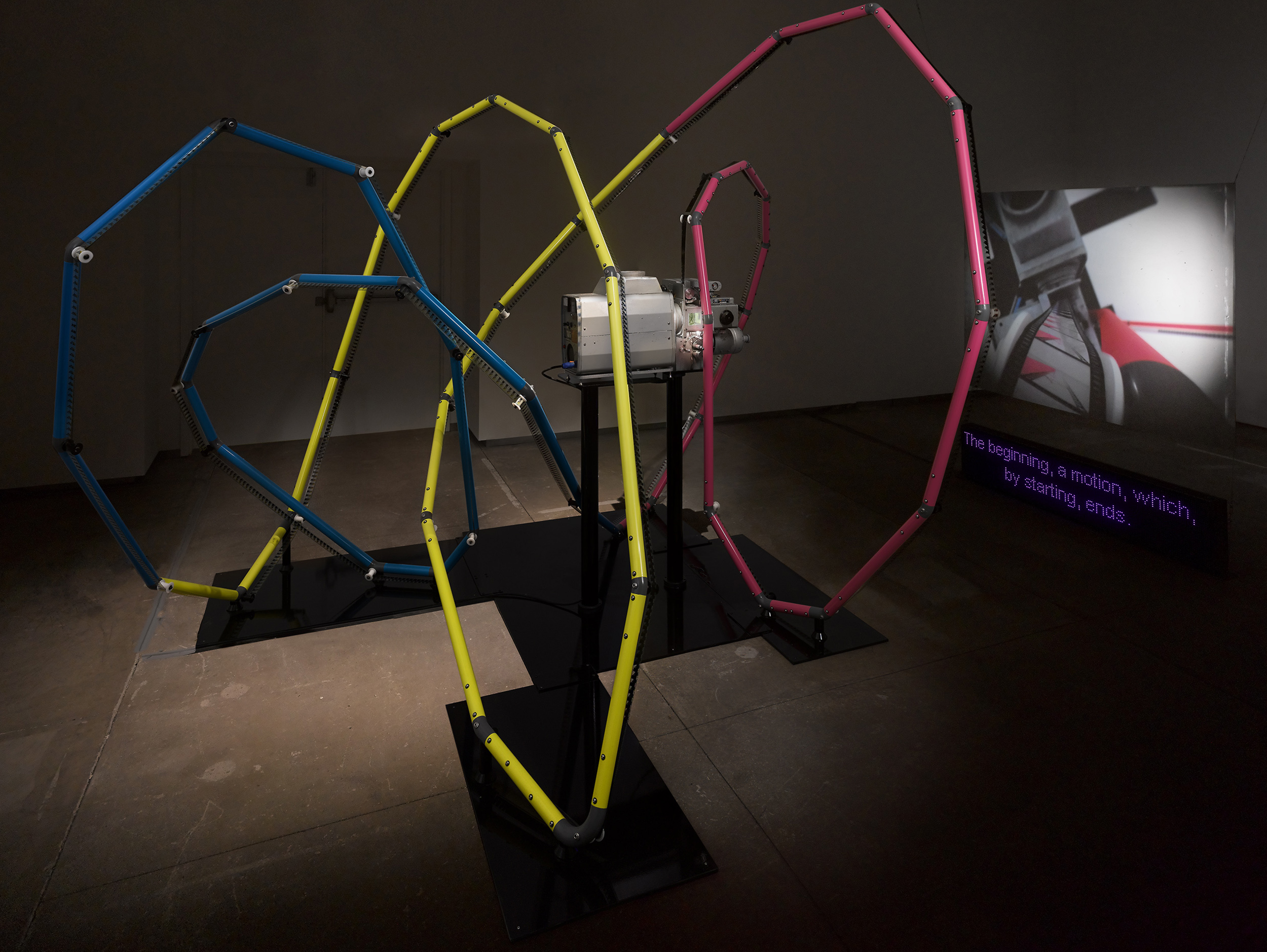 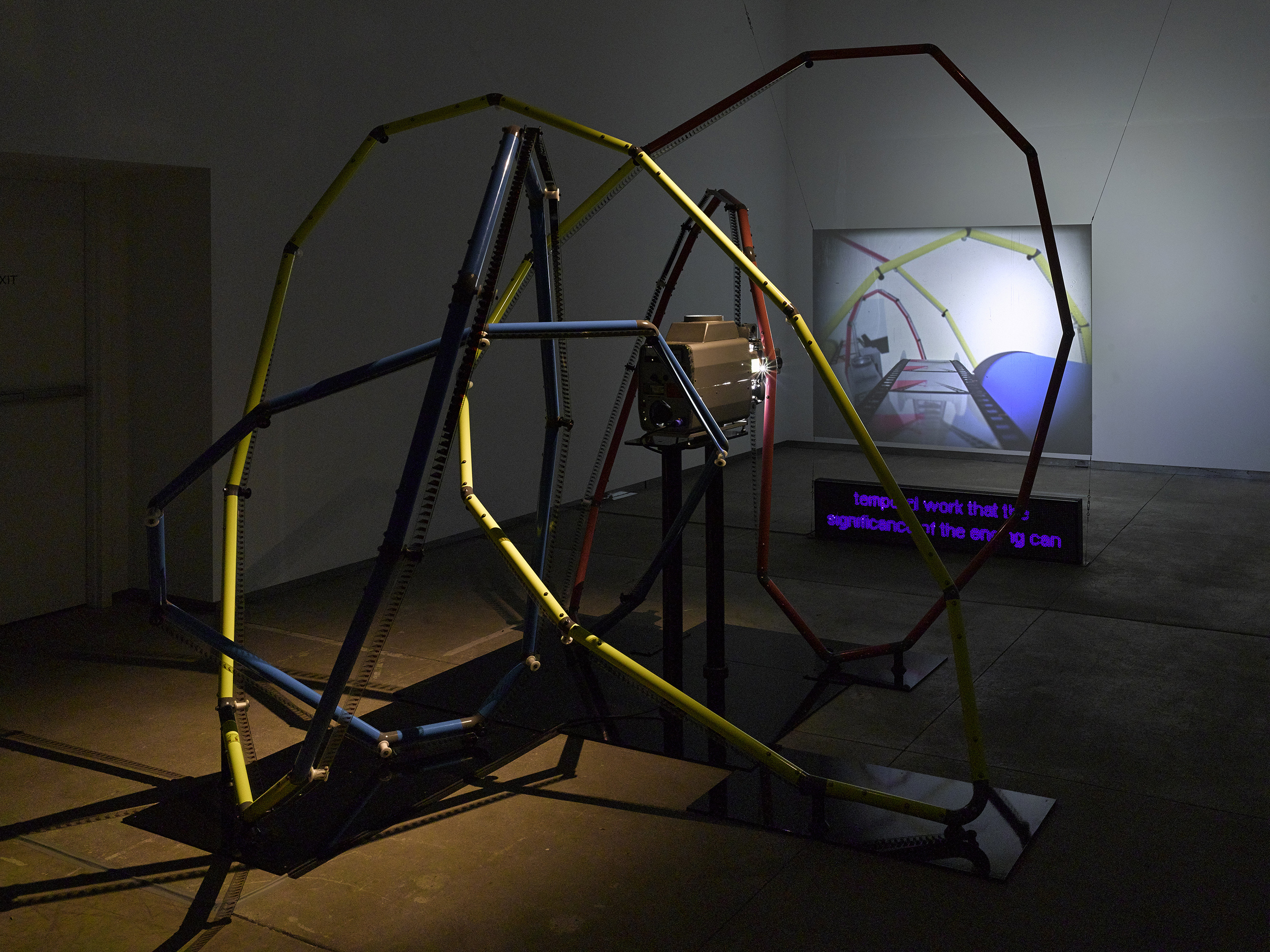 Daniel Young & Christian Giroux have been making art together since 2002. Their work takes the form of exhibitions, sculpture, cinema installations, publications and public artworks. Young & Giroux’s practice originated in dialog between architecture and sculpture and has evolved through an engagement with research topics such as the modernity of the mid-century, new building construction, Canada’s infrastructural system, and curtain wall architecture. Recently they completed the public artwork Three Points Where Two Lines Meet for the City of Toronto, and the artist book Berlin 2013/1983 from Arch+ that was short-listed for the Best German Architecture publication.